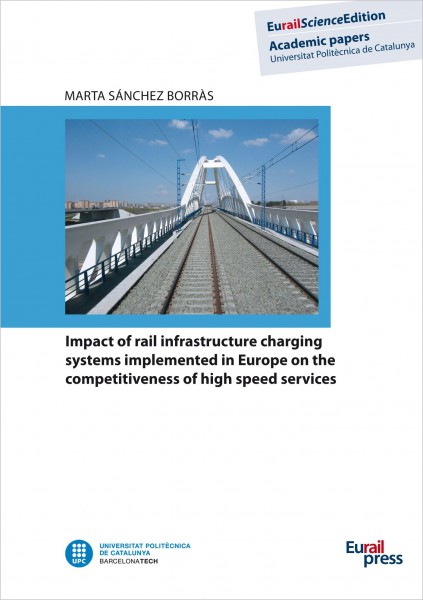 This dissertation has three main tasks.

According to the results obtained, current levels of rail infrastructure charges implemented in Europe have a negative impact on the competitiveness of the high speed passenger services that run on the European railway network, particularly in the cases where the rail market share is currently low (below 80-85%). Thus, mark ups would not have been imposed after careful consideration of their consequences on the market position of railway undertakings in the market segment in question.

European railways have been immersed since the nineties in a restructuring process aimed at improving the effectiveness, quality and economic efficiency of the provision of railway services, as well as stimulating the growth of railway markets. This reform has involved a separation between infrastructure management and operation and the introduction of rail infrastructure charges to regulate the use, by railway undertakings, of the infrastructure managed by infrastructure managers. Rail infrastructure charges aim, in essence, at recovering costs. Nevertheless, they can have an influence on the usage of the infrastructure, especially in corridors where competition between modes exists. Therefore, special attention should be paid to their definition and amount to ensure that they do not counteract the important effort that the European Union is making to help finance and build a European high speed network aimed at strengthening railways and redressing modal share imbalances. In Europe, legislation requires transparent and non discriminatory rail access charges, based on the principles of short run marginal social cost although mark ups are permitted where necessary to meet financial requirements. However, it does not specify how these principles should be implemented.