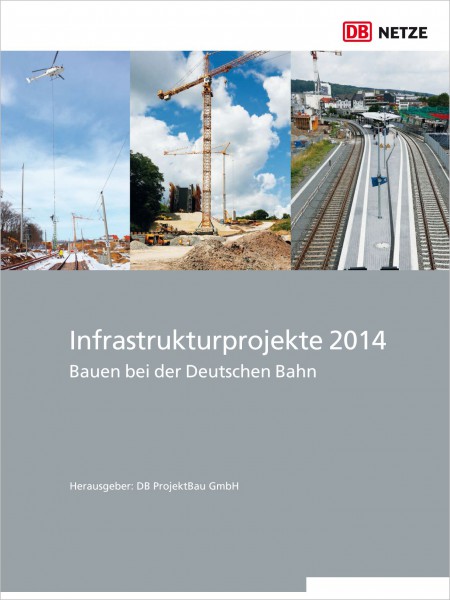 Price is for Print edition. Other variants

Following their 2010 and 2012 publications, DB ProjektBau GmbH gives an insight into the diversity of projects for the expansion of German railway infrastructure with a book entitled "Infrastructure Projects". The railway network of German railways provides the life-blood for the German and European economy.

The infrastructure projects contribute to the green mobility for goods and people in Germany . Deutsche Bahn is investing more than € 5 billion a year in railway infrastructure in Germany - in railways, railway stations and energy supply. This huge investment programme is funded by the federal government, by the European Union, by the federal states and municipalities as well as by Deutsche Bahn itself.

DB ProjektBau GmbH plans and implements a large part of Deutsche Bahn's infrastructure projects. With a construction volume of up to three billion euros per year and around 4,000 employees, it is one of the largest engineering firms in Europe.