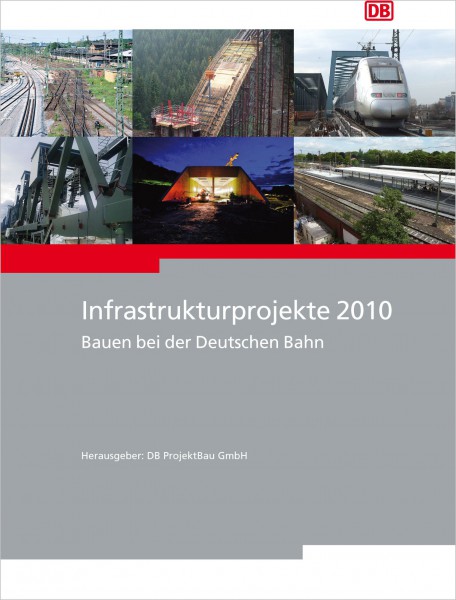 Price is for Print edition. Other variants

Deutsche Bahn is investing more than € 5 billion a year in railway infrastructure in Germany - in railways, railway stations and energy supply.

This huge investment program is financed by the federal government, the European Union, the federal states and municipalities, as well as by Deutsche Bahn itself. In addition to major projects such as the new and extended line between Munich - Berlin and the new Ebensfeld - Erfurt and Erfurt - Halle - Leipzig lines, thousands of measures are being implemented throughout the country - from the replacement of one hundred year old bridges and tunnels to the modernization of railway stations or railway crossings.

An insight into the diversity of the projects in 2010 and their associated challenges is given by this book with its numerous contributions by engineers from construction and engineering firms, on behalf of DB ProjektBau GmbH. DB ProjektBau GmbH plans and implements a large number of Deutsche Bahn's infrastructure projects and is one of the largest project management providers in Europe with a construction volume of up to three billion euros per year and 3700 employees.